Thank you so much for the beautiful make-up you did for the girls and I for my wedding.  I was so happy with the Arbonne make-up that I just had to buy some for future events.  It lasts so long and goes on so easily, I just love it.
All the girls loved how natural looking it was, and we all looked amazing.
Thank you for being a part of our special day.
Kristy Swyny 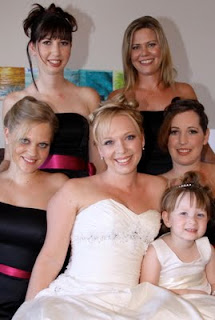 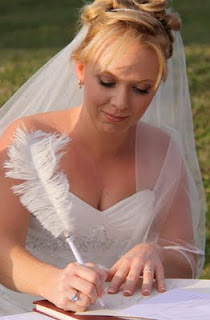 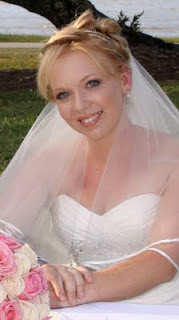 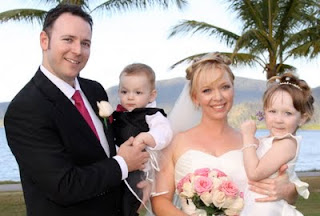 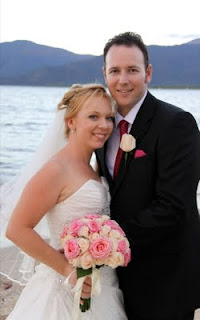 abigail@finessemakeup.com
Posted by Finesse Makeup - for all your Cairns wedding hair and makeup needs at 7:04 PM 0 comments

The best product ever!

I can tell you that Arbonne's Swiss formulated cosmetics are hands down better than any other product on the market and better for you because of their botanically based ingredients. I can tell you that the perfecting liquid foundation with SPF 15 is waterproof, sweat proof and smudge proof. I can tell you that a little goes a long way, it glides on with a glowing finish and it feels incredibly light on the skin.

I had a client who was a bridesmaid for a wedding. Let's call her Sue. Now, Sue had terrible skin. The worst pigmentation I've seen and she told me she was plagued by rashes and burning breakouts on her face. So I asked Sue what she was using and discovered it was a mineral makeup brand from the supermarket. Sue had no idea about the ingredients in the products she was using so we had a look. It's no wonder she was having problems. Clearly her skin was sensitive and she was doing herself no favours by smothering it in a cheap product full of chemicals and skin irritants. Sue was paying me for a full face of makeup that day and she was having professional photographs taken but because of her painful experiences with previous foundations she was really frightened about the foundation so I started by doing her eye makeup and lips. I'd already done Sue's sister's makeup and her mother and grandmother's makeup. Ninety-year-old Ada only wanted foundation and mascara and her skin absolutely loved the Arbonne perfecting liquid foundation - which did just that. If only I'd taken a before and after shot. The lines on her face vanished as the foundation took years off Ada's face and gave her skin a beautiful youthful glow – she said she couldn't believe the transformation and she wasn't the only one! She honestly looked 20 years younger. But I digress.

As I finished Sue's eyes and lips I was happy with the result, but disappointed that she hadn't reached her full potential. I knew no matter how good her eye makeup, her skin was just so bad that it would hide her true beauty in the photographs. As Sue looked at herself in the mirror, I reassured her that there was no need to be afraid about the Arbonne foundation, that she wouldn't experience the rashes and irritation caused by other brands, and she trusted me. In less than two minutes, Sue was a new woman. Again I should have taken a before and after photo. Gone was the awful pigmentation, the dry patches and uneven blemishes. Replaced by a beautiful, glowing, even complexion. And the way Sue's face lit up the second time she looked in the mirror, I'll never forget it.

I gave Sue a call a few days after the wedding to see how her skin reacted to the products. It didn't.

So let's talk shop and I promise I'll keep it simple. From an industry perspective, the fact that the Arbonne cosmetic range includes a primer proves it's a professional range.

As a professional makeup artist working on fashion shoots, weddings and photo-shoots under hot bright lights, a primer is normally an absolute must if you want the makeup to last. Arbonne is the only exception to that rule. Yes, they make a primer, proving they're a professional range, but their perfecting liquid foundation is that good, it lasts for 12 hours with no touch-ups and no primer.

I work in a very humid, tropical climate and I enjoy putting products to the test in 31 degree heat and 90 percent humidity. Where other brands sweat off, Arbonne's perfecting liquid foundation just doesn't budge.

Another great test is to jump in a pool with a full face of foundation. I can't name names but leading brands streak and run with the water. Do the same with Arbonne's perfecting liquid foundation and it's water off a duck's back. Tears, perspiration, humidity no sweat.

By the way, I've never been a liquid foundation fan, they're always too heavy and really clogging. But that was before I discovered Arbonne's perfecting liquid foundation. As for application, it's as easy as applying suncream – you don't need a brush, use your fingers. Blending? What blending? There are 15 different shades so you don't have to mix colours. Smooth it on and you're out the door.

I've recently discovered the Arbonne sheer pressed powders – I could write another thousand words! They give fantastic coverage, there's no itching like other brands and the finish is absolutely flawless. You don't even look like you're wearing makeup, let alone powder!

It's just too easy to look fabulous with Arbonne and these are just some of the things my clients are saying.

“It doesn't even feel like I'm wearing makeup.” Sue, bridesmaid from Melbourne.

“What was that foundation you used on me, it was amazing.” Kristy, bride from Perth.

“Wow it looks so natural.” Sarah, bride-to-be from Cairns.

Abigail Stanbridge is a professional makeup artist and the owner of Finesse Makeup, a mobile makeup business in Cairns. You can contact Abigail at www.finessemakeup.com or by emailing abigail@finessemakeup.com
Posted by Finesse Makeup - for all your Cairns wedding hair and makeup needs at 8:10 PM 0 comments

Stacey has just emailed me some of the photos from her wedding day at Palm Cove so I thought I would share them. 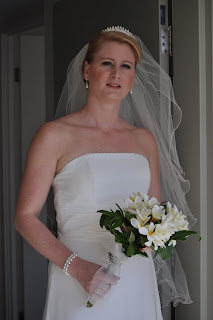 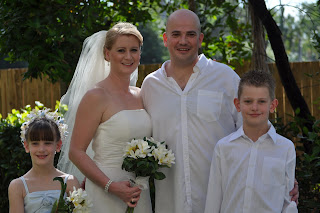 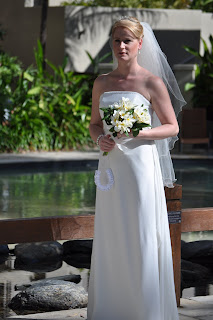 Promote Your Page Too

Finesse Makeup - for all your Cairns wedding hair and makeup needs
Cairns, Far North Queensland, Australia
Finesse Makeup is a completely mobile Cairns wedding makeup and hair service in the comfort of your home, hotel room or salon. Our qualified Cairns makeup artists and professional hair stylists will travel from Cairns to Palm Cove, Port Douglas, the Atherton Tablelands, Innisfail and Mission Beach. At Finesse Makeup we specialise in wedding hair and makeup. From classic to contemporary, together we'll create your hair and makeup dream. We listen to what you want and work with you to achieve the most natural look for a beach wedding or something more glamorous. Because of the tropical North Queensland climate, our Cairns makeup artists use a professional,water-proof foundation which is designed to resist humidity, tears and perspiration. Combined with quality products from MAC and Napoleon Perdis, your makeup will look fresh all day. As a Bride you can feel confident you will look your most beautiful in the professional hands of Finesse Makeup. Contact us today for an obligation free quote - http://www.finessemakeup.com